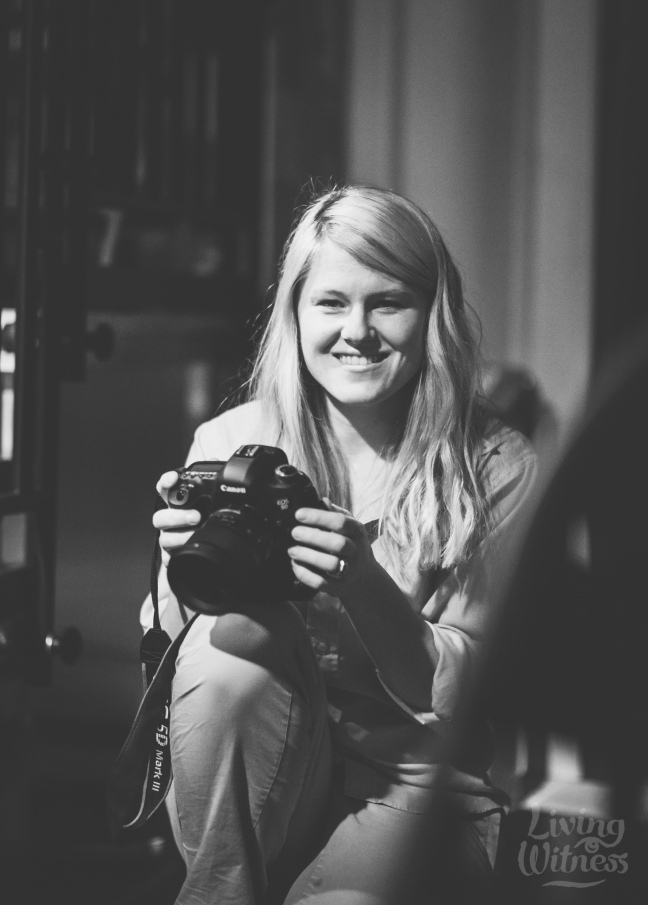 After a warm welcome in the Echo Echo Studios on the famous Derry Walls, I started immediately with helping to setup an exhibition from Rosemary Lee (London) with the title Liquid Gold is the Air. It was the day before the Echo Echo Festival of Dance and Movement 2016 started and everyone was busy with the last preparations and arrangements. The excitement was nearly breathable. At this point, I had just a slight idea what I am going to expect the next six weeks. Now, after the experience, I can say that my expectations have been exceeded. It felt like fitting in a shape that already existed there invisibly. My approach of work matched the company perfectly with its appreciative and enjoyable working environment. I immersed myself quickly in the workflow of Echo Echo Dance Theatre.

I am Lena Weber, 30 years old, and I live and work in Leipzig, Germany. This internship is part of my Culture and Media Pedagogic Studies at the University of Applied Sciences Merseburg in Germany.

I got to know about the Dance Theatre from Steve Batts, Echo Echo Artistic Director. He conducted a workshop at my University in June 2015 and I was interested to learn more about it, although I haven’t yet decided to focus on Dance or Theatre in my career. But I really looked forward getting to know more about creative movement. Steve’s work methods and his approach made me curious.

I arrived just in time to give advice and support to the Echo Echo Festival of Dance and Movement 2016 and of course to participate in all the great workshops and performances.

I had the opportunity to learn new forms of creative movement in a poetic expression and got a basic understanding what movement means to your body in a holistic way. Within the essential and fundamental principles of contact improvisation it opened a complete new world for me. Reflective talks with Steve Batts helped to understand these processes. Especially the workshops and performances by Chico Katsube, Shoko Kashima and Ichi-go Miura which conveyed movement to me as a piece of poetry in 3D. But also the productions from Echo Echo and other guest performers impressed me deeply. I never thought that I could be touched so much by Dance and Movement. “This is a life experience”, a quotation from the production Lost in Frost – and it really was.

During the placement I supplied general support for ensemble members and staff of Echo Echo Dance Theatre. At the Festival I fulfilled tasks in supporting the guest artists, box office, festival survey and public relations. After the festival I helped with evaluating for documentation and funders. A staff survey that I composed was helpful to evaluate and interpret internal management and organisation of the festival. My work in public relations continued with promoting the following performance programme Lost in Frost in December, overseen by Anna Nolan, Echo Echo Development Officer.

Barry Davis, Echo Echo Technical Manager gave me an introduction in lighting design and sound technology during the internship. At events both indoors and outdoors I supported him as assistant technician. I was particularly interested in visual ‘projection mapping’ design. He introduced certain software to create and present designs to me with practice examples from productions. I learned a lot of what is possible and it gave me impulses and new ideas for my work.

Following up my studies of culture and media pedagogic, I received a clearer understanding of the real situation in the culture sector in Derry/Northern Ireland. With great interest I gained an insight in cultural management, administration and funding structures by the Echo Echo Company Manager, Ailbe Beirne. Plus a wider understanding of how the concept of non-profit organisations works, which difficulties need to be faced year after year and what big effort it takes to maintain Echo Echo Dance Theatre Company.

Working on project documentation gave me an overview about the history of Echo Echo Dance Theatre, its principles and work methods. So interesting to see what happened in more than 20 years.

I want to say thank you for all the knowledge and experience that I gained in the internship at Echo Echo Dance Theatre. For everyone who wants to volunteer – I would highly recommend it.

We will keep in touch and all the best to the company.

“It was an absolute pleasure to host Lena through November and December and we were thrilled to have such an enthusiastic, supportive and capable team member at the busiest time of the year during our international Festival. We are delighted that you had a positive experience and there is an open invitation for you to return to Derry any time. From all of the Echo Echo team – thank you!”