The festival is finished but I can still feel the echo of it. The theme of it was dancing….dancing as simple as that. We propose in Echo Echo that people are naturally poetic in movement. Dancing – it’s people moving with poetic intent. That short statement has long history and practice that Steve Batts and Ursula Laeubli had been developing before establishing Echo Echo.

During the festival Steve performed his new solo piece How To Watch Dancing (Looking Away From The Naked Emperor) that I felt was like a breakthrough and a light in understanding about dancing, its place in art and culture. It was transforming, touching, funny and overwhelming to watch.

For the Festival we had about 40 people joining in. For Contact Improvisation Festival it’s not very big but the quality of dancing at the Jams and classes was very beautiful. I have big gratitude to very experienced and magical teachers of two intensives Anjelica Doniy and Steve Batts. They activated the organic compositional sense in movement and the Jams were the places where it was fully shown.

Big thank you to the teachers who taught the classes and supported the space outside and inside the Jams: Virginia Negru, Xenia Isaeva, Yaeli Margalit, Ayesha Mailey, Kelly Quigley, Zoe Ramsey.

Special thank you to my friend and colleague Zoe Ramsey – we made this festival together and without her enthusiasm, energy and support it just wouldn’t happen. We had a really good starting point: we had two beautiful studios (which is already a big thing) and support of Echo Echo team (which is even bigger).

Thanks to Patrick Duddy who made photographs on one of the days and Olek Wójcik who was helping through out the week and was making videos of the process.

Thanks to Saint Columb’s Park House that provided accommodation and Kerri and Mark at Cow Bog that provided food. Massive thank you to all participants who made it happen and I believe they really enjoyed it. And last thing I don’t know whom to thank for the beautiful weather we had during the festival, but that was just perfect!

Ursula Laeubli on cover of EVE book in Cow Bog

Anjelica Doniy wrote a very touching feedback about festival, so I translated it from Russian:

“The Festival days are finished in Northern Ireland. It became clear only at the end, why it is not like any other festivals. It was imbued with ideas and philosophy and was in the field of Echo Echo Dance Company that grew out of passion and dancily clever organism of Steve Batts.

I have been touched for 17 years and imbued with our friendship with Steve and synchronized with his philosophical concepts about dance, poetry of movement and just honest behavior towards life. We led intensives on different floors and were meeting each other at the Jams. At the Jams we met, our students and the dance. Intensity, awareness, poetry. So I would call them.

And the stories. Solo, duet, trio, group. Turning into the performance, the dance behaved unpredictably and everything was watching that dance…

I like when the quality of attention(watching) is not inferior to the quality of the movement (dance). In the middle of the festival like a thunderstorm with lightning bolt performance of Steve Batts. How To Watch Dancing Looking Away From The Naked Emperor. I’ve never seen a more relevant introduction to CI at the festival a poetically passionate instruction not to lose dance in illusions about dancing. Challange in search of Holy Grail. To open, catch, dig out the dance from the technique, sleepy relationships, ego expectations, imitations and self-deception. And this is like lightning, awakening of consciousness, a strong shock for the entire value system and a challenge to the priorities of the individual. And if this is not always important at many festivals and CI meetings –  this festival is about this. That’s why it’s so beautiful, special. And dear to me.

The organizers of this miracle were Antonina Sheina and Zoe Ramsey. The platform provided by Echo Echo. And these are the people. The same Steve, Antonina, Zoe, Ayesha, Kelly. Teachers, guides in movement. Ailbe Beirne, Barry Davis, Anna Nolan – sound, lighting, development of ideas and projects. Antonina, Soul! Thank you for your clear presence. You supported Steve, me, two daughters, the festival and you participated in everything so totally, as only true love can do. I wish to this festival peace in the country, peace in our hearts and world appreciation.” 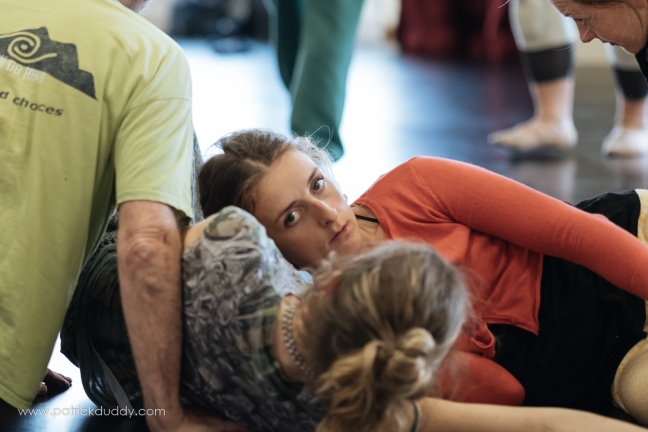 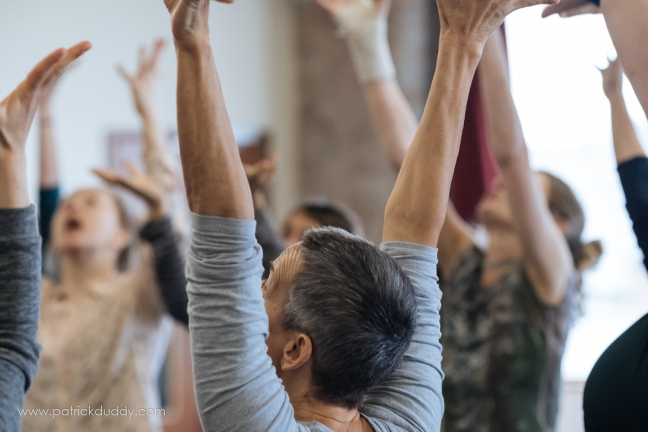